Known to be the longest pleasure pier in the world extending 1.34 miles, Southend Pier is an iconic landmark of Southend-on-Sea. 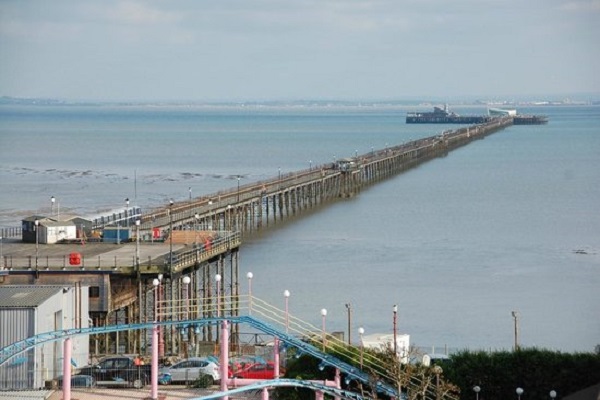 Originally built in 1830 only as a wooden structure of only 600 ft in length, the pier has since undergone a few extensions. The pier was designed to further increase the growing popularity of summer tourism in 19th century Southend as Londoners visited the seaside holiday resort to escape the city.

Southend Pier became the longest pier in Europe in 1846, spanning 1 and a quarter miles into the Thames Estuary, as it was extended to accommodate boats at all tides. In 1890, the pier was improved from the old wooden structure into a more robust iron one, and an electric railway was installed. Several years later, in 1898, Southend Pier was extended again to become the longest pier in the world.

If you don't fancy the long scenic walk popular with fishers and joggers, a train operates between the shore to the pier head on a single track. At the end of the pier, you can visit the pier museum, have a spot of afternoon tea at the café, or just enjoy the beautiful views of Southend at a distance in the fresh sea air. The pier head's Royal Pavilion (formerly known as the Cultural Centre) also occasionally hosts various concerts and exhibitions, as well as being an Approved Premises to marry.

~Things to Do and See in Southend on Sea~