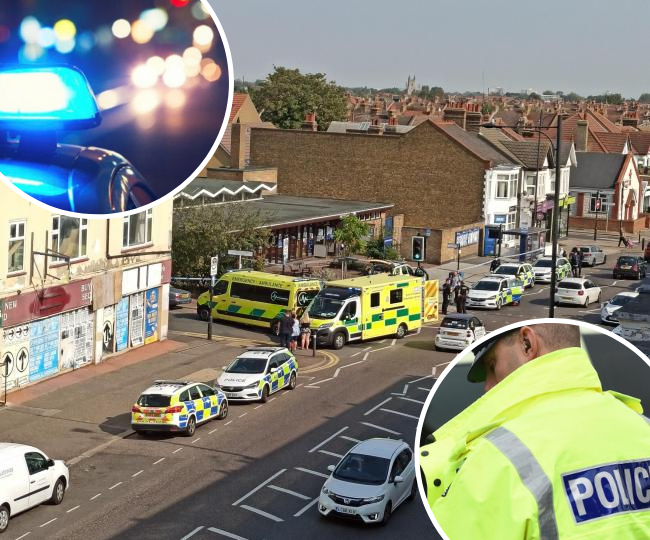 Here is everything we know so far after police launched a murder investigation into the death of a man who was found with head injuries in Westcliff.

Yesterday, Essex Police revealed they had launched a murder enquiry following the death of a 37-year-old man.

The man was found in Fleetwood Avenue, at around 1.05pm, on Tuesday, September 22.

His death is being treated as murder and detectives are keen to speak to anyone who was in the area of the library and bus stop, in London Road, between 5am and 1.30pm.

At the time of the incident, witnesses spotted at least two ambulances along with five police cars rushing to the scene, near Westcliff Library at the junction between London Road and Fleetwood Avenue.

The injured man was airlifted to hospital with serious head injuries.

At the time, Kevin Robinson, ward councillor for the area, said: “Police had asked us to close the library because it was right near it.

“It was just so they could freely investigate and people did not turn up while they were doing what they did.

“It’s still a very serious incident, but if the police have managed to resolve it quickly then I am pleased to hear that.”

Martin Terry, councillor responsible for community safety, added: “It’s a dreadful thing, I wish it didn’t happen but it’s part of the world we live in.

“They have made the arrests which is the important thing and I am sure police will get to the bottom of it.”

What have Essex Police said?

Detective Chief Inspector Stephen Jennings, from the Kent and Essex Serious Crime Directorate, wants anyone who was in the area to come forward.

He said: “We believe this area would have been busy during this period.

“My team needs to speak to anyone who walked through that area, drove past there or parked their car there.

“In particular we need to identify a man in his 70s who was sitting outside the library and anyone who used the walkway between Ronald Park Avenue and Fleetwood Avenue.”

Two men – aged 37 and 45 – were arrested following the incident.

The 37 year-old has today been re-arrested on suspicion of murder and is currently in custody.

If you saw anything, have any CCTV or dash cam footage, were in the area or have any other information please call us on 101 quoting the crime reference number 42/153580/20.