Not everyone will remember the time when Basildon had its own zoo, so here’s a photo to remind you.

If you are aged over 40 the chances are you probably visited the attraction as a school kid.

The photo below was snapped in 1974 and shows animal keeper Veronica Hulme, aged 21, from Brentwood posing with two young pumas and a leopard at the zoo.

It was home to a range of mammals, birds and reptiles, and even included lions.

And there weren’t just exotic animals and creatures on display, there was a miniature railway for train enthusiasts, which proved to be a hugely popular draw.

By the 1990s the zoo was starting to lose its appeal and it closed its gates for good in November 2001 after failing to renew its licence.

Towards the end it had been besieged by complaints and protests about the conditions of the animals kept at the attraction.

It was replaced by a housing estate when it closed down. 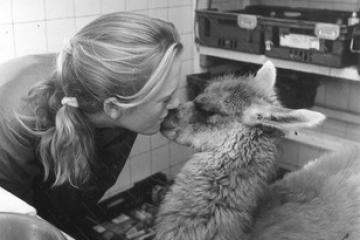