The dispersal order which was put in place on Thorpe Bay Gardens has been extended by 12 hours.

Essex Police have extended their emergency powers from 6pm tonight until 6am tomorrow morning after concerns have been raised surrounding anti-social behaviour.

The dispersal order was put in place after a huge fight on the seafront saw a black Ford Fiesta drive into a group of people nearby.

Police say concerns have also been raised about drug use and noise disturbance nearby.

A man had sustained injuries to his head in the midst of the incident on Tuesday evening.

A 17-year-old was arrested last week on suspicion of grievous bodily harm with intent and possession of an offensive weapon, but has been bailed until July 15. 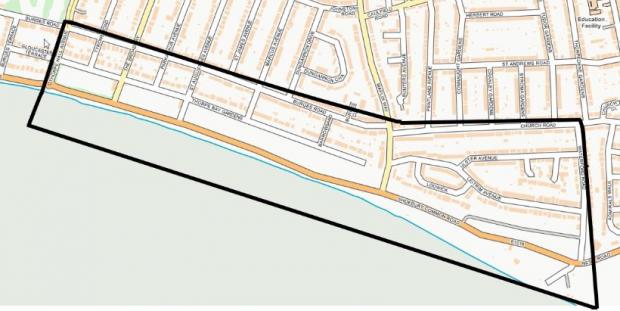 Chief Inspector Ian Hughes, District Commander for Southend, said: “We have secured extra powers until tomorrow morning to move people away from the dispersal area.

“We’ve received information that an unauthorised event is being planned for this evening and we’ve put this order in place to help address any concerns from the community.

“The message is clear – if you’re planning to come down and act anti-socially, you’ll be asked to leave by my officers.

“If you come back, we’ll take further action against and you may face time in custody, a large fine or you may be put before a court.”

“If you are in the area and are not behaving in a way that could intimidate or upset anyone else, then the dispersal order will not affect you.”
A spokesman for the force, said: “If you see anyone acting anti-socially or in a way which is intimidating or causes you or others distress, please call us on 101 so that we can take action. In an emergency always dial 999.” 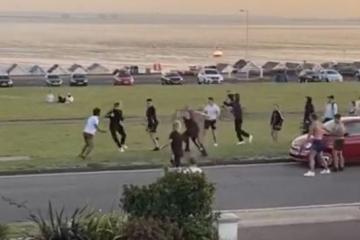 WOMEN should go out in pairs and carry alarms after figures revealed a third of crimes in Basildon are violent or sexual assaults, a leading councillor has suggested. Echo | News …

A Southend entertainment company on the brink of going bust has received a £250,000 lifeline. Echo | News …

TEACHERS are putting arrangements in place for pupils to take part in asymptomatic coronavirus tests as part of the latest Government guidance. Echo | News …

A PASSERBY came to the rescue of two young girls in a park who were approached by a male stranger who called them “beautiful”. Echo | News …