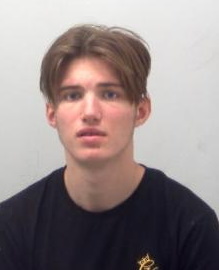 A TEENAGE thug boasted to police about how leniently he had been treated in court after he launched an unprovoked attack on an innocent woman.

The attack took place just days after Bellfield was handed a criminal behaviour order, in June

The 19-year-old of Belgrave Close, Leigh, was out drinking with a friend on the playing field between June 12 and 15 this year.

Two women were sitting nearby in the park minding their own business. One of them had recently read a newspaper report about Bellfield breaching his last court order which banned him from being in groups of more than four people, and became wary of him.

At one point, the woman had cramp in her leg, so she stood up, and despite no provocation whatsoever, Bellfield shouted at her, asking her why she had stood up.

She ignored him, but then Bellfield’s friend threw a bottle at the women, which missed. However, the bottle Bellfield then threw hit the woman above her left eye, causing a deep cut measuring one inch.

The wound revealed bone and it required 12 stitches.

Bellfield was arrested and later charged with causing grievous bodily harm without intent.

At his sentencing hearing at Basildon Crown Court yesterday, Chris Whitcombe, mitigating, told the court: “He apologises for his actions on that occasion.

“I suspect that does not bring a huge amount of comfort to his victim but it’s important in open court for him through me to make that apology.”

Bellfield’s victim bravely sat in court while the details were read out.

Judge Andrew Hurst, addressing Bellfield via video link, said: “She now can’t move her eyebrow and they are at different levels, she has a scar.

“All of this is because you threw a bottle at her for no reason at all. The whole family is affected.

“You have a number of previous convictions for violence and criminal damage and for breaching your criminal behaviour order.

“You boasted to the police that you can breach it and the courts are lenient.

“A lot of people have tried to help you, Levi, most recently in November 2019, but in June you threw a bottle her [the victim].

Bellfield was given two years and four months in a young offenders’ institution and will have his criminal behaviour order extended for another two years.

He must also pay £250 compensation to his victim.

Judge Hurst added: “A bottle is a weapon, it could have blinded her, but luckily it didn’t. But that’s no thanks to you, Levi.”

Would you move into one of Southend’s most viewed homes? Echo | News …

It really was very depressing to see just how little our local MPs value the youngest members of our society who are the future of our country. Echo | News …

EMERGENCY crews worked solidly for hours to rescue a dog trapped in mud in Leigh as the tide advanced. Echo | News …

What will you do with an extra hour this Sunday? Echo | News …