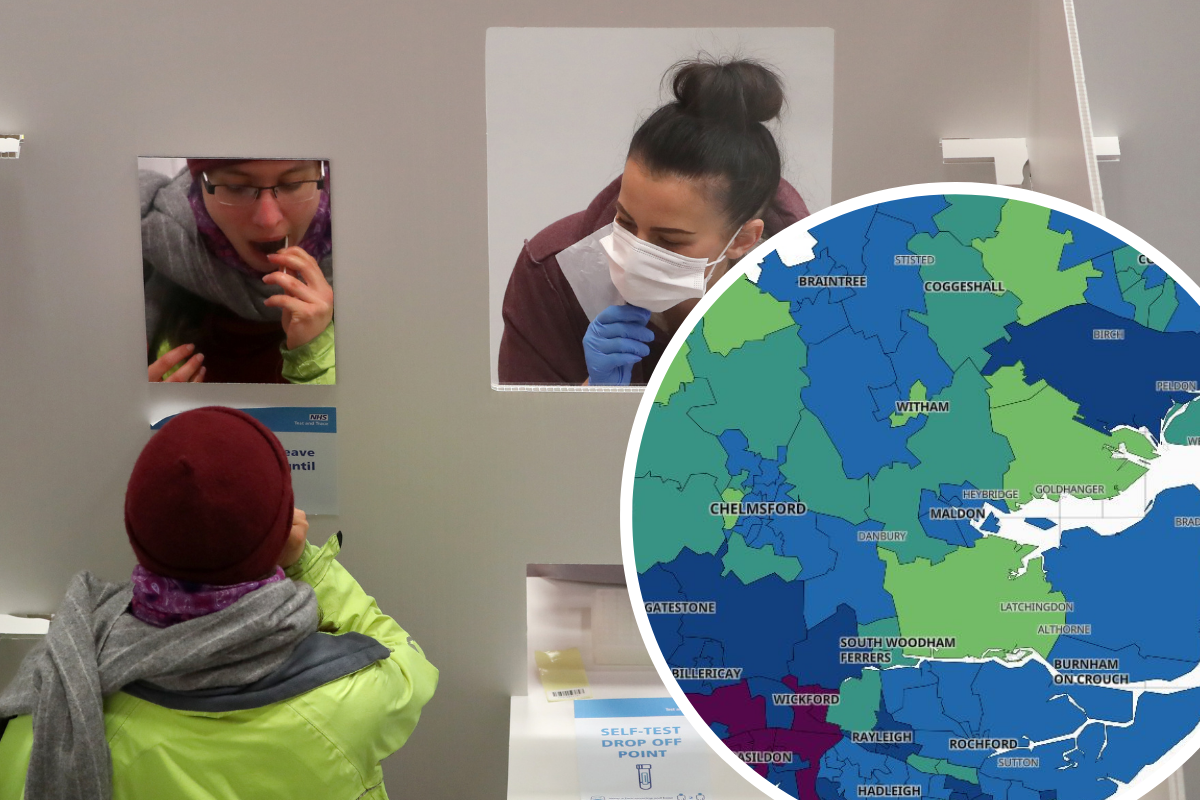 Basildon could join four areas of Essex in moving into Tier 3 days before Christmas.

It is understood the borough could be grouped with Thurrock, Harlow, Epping Forest, and Brentwood in Tier 3 when the first re-evaluation of the tier system takes place next week.

It comes after 761 new cases were confirmed in Basildon in the latest seven-day period.

The borough has England’s sixth-highest rate with 407 cases per 100,000 people in the week to December 4. The average area in England had 126.

And despite rumours, Essex County Council say they are working hard to try to ensure no district is split from the county and that Essex remains in Tier 2.

The decision is ultimately that of the government.

Basildon Council deputy leader Kerry Smith, said: “I have asked the question whether the county will be split, it’s been rumoured that Basildon, Thurrock, Harlow, Epping and Brentwood could go into Tier 3, while the rest could be in Tier 2.

“The only answer I got is that ‘we will be following the science’, so I’m not sure what the definitive answer is.

“I think it is likely, although it’s just not enforceable to split the county.

“There are 1,400 residents in Runwell, which comes under the Chelmsford district, who usually use Wickford shops. But where Wickford comes under Basildon, if the two are in different tiers they might not be able to do that.

“There are some roads that have the same problem and are split between two different areas as well, so will be split down the middle too if it happens. It just makes a complete mockery of things.

Jeff Henry, who is from both Basildon Council and Essex County Council, says it would be unfair to push the whole of the county into Tier 3 restrictions when there are areas with lower coronavirus rates.

He said: “It would be disproportionately unfair for parts of the county with say a rate of 120 to be rammed into Tier 3 as a result of somewhere maybe 40 miles away.

“I would love for us to remain in Tier 2, our ambition initially was to go into Tier 1 when we came out but it’s just not the case now.”

A spokesperson, from Essex County Council said: “The ultimate decision as to which tier any county or district in the country is placed in, is the Government’s decision.

“Essex County Council is working hard to try to ensure no district is split from the county and that Essex as a whole remains in Tier 2.”

THE Met Office has issued a yellow weather warning for rain. Echo | News …

MANY of us adore Leigh’s old town, its cockle sheds, history and beautiful beaches overlooking the estuary – but one angry resident has insisted the town isn’t all it’s cracked out to be. Echo | News …

FOUR areas of Essex are part of a postage “blacklist” with homeowners not receiving regular deliveries. Echo | News …

A FORMER gangster claims his father was responsible for the murder of the Essex Boys. Echo | News …